The British tomato industry is going through the most challenging times Phil Pearson has ever experienced. Being chairman of the technical committee of the Tomato Growers Association and being a tomato grower himself, he not only knows but also is part of the industry, and during yesterdays British Tomato Conference, he said that the protected edible sector across Europe and the UK is facing unprecedented changes, referring to costs that might fivefold. 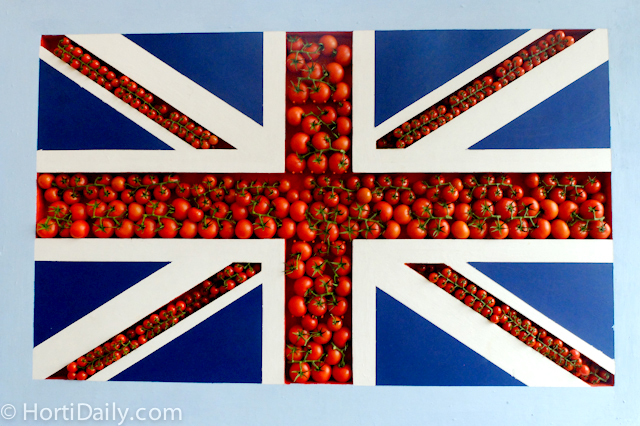 Digital meeting
Yesterday the British Tomato Conference took place, which like last year, was held completely digital. The day’s program was packed, as the event is well-known and highly valued and since there are many challenges out there for British Tomato Growers. The welcoming words of Phil Pearson mentioned above were warm yet also clear. Here’s what’s behind those words.

Inside the greenhouse, there are increasing electricity costs, increasing costs of raw materials as substrates and fertilizers, a labor shortage, and the ongoing threat of ToBRFV. Outside the greenhouse, the shortage of HTV drivers and the significant increase in transport costs has led to ‘wonderful British tomatoes being thrown away’, Phil said, adding that the costs for growers are increasing fivefold. “The cost of this year’s winter production could be exceeding the value of the crop,” he added.

250 percent
Earlier this week, the upcoming winter and the crisis was also mentioned in BBC’s radio program Farming Today, in what Nigel Jenney of UK’s fresh produce consortium (FPC) spoke about the impact of the gas prices, which are up 250 percent. Nigel explained some farmers are considering their growth plans as gas is a significant part of the total cost of production.

“In terms of the next season, we are nurturing young growing plants in the coldest part of this season, where there is no income for the growers because they have no crop to sell at that time,” he explained. “I think growers currently are reflecting on whether that is going to be a commercially sensible decision to actually commit to growing those crops, or sadly, not. Will the industry’s customers be willing to offer different cost prices, and will we as consumers choose to support growers and pay those substantially increases in costs as well?

Cucumbers and tomatoes
It’s not just the tomato growers speaking up. Last week, the British Cucumber Growers Association already sounded the alarm for similar reasons, and earlier this week, the BGA published a letter supporting their message. By explaining the situation that not only they, but the entire industry and even the country as a whole are in, they request the members of the British Retail Consortium to work with their suppliers. “To support them in this moment of genuine food crisis in the industry. This is an emergency which threatens the future of UK food production businesses, jobs, supply, and availability.”

Working challenges
Over the next couple of days, we’ll share insights including ToBRFV, the tomato market, labor insights, and of course also the energy market as, despite the time being extremely challenging, the lectures on the British Tomato Conference showed and Phil also assured that the industry is working hard to solve today’s challenges and grab tomorrow’s opportunities.