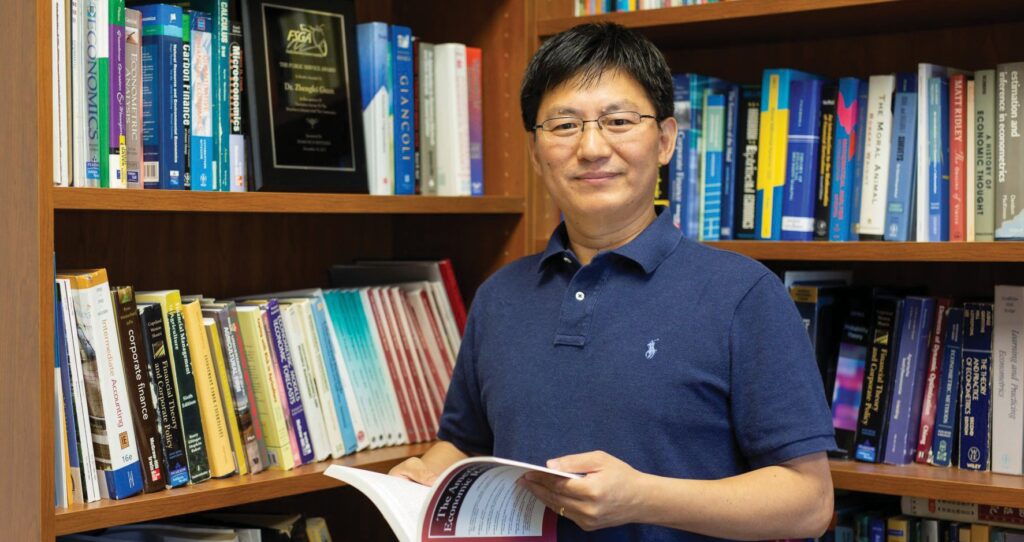 As Mexico increases tomato exports across the world, including to the United States, prices plummet for American growers, including those in Florida.

That practice could cost American growers as much as $252 million per year — or 27% in revenue — if imports from Mexico increase by 50% in coming years, based on historical trends, new University of Florida research shows.

That’s a huge loss for American farmers, who produced 1.3 billion pounds of fresh tomatoes in 2020, less than one-third the harvest from the year 2000.

That decline is due to competition from Mexico and other challenges, said Zhengfei Guan, an associate professor of food and resource economics at the UF Institute of Food and Agricultural Sciences.

Dr. Guan just published a study on the consequences of intensifying Mexican competition for American growers. The market positions of Mexican and domestic tomato industries completely reversed over the past 20 years. Mexico now dominates the U.S. market, with three times more market share than the domestic industry. That change sparked Dr. Guan’s interest in pursuing the new study.

“The two countries had a series of trade disputes over fruit and vegetables recently,” he said. “One reason is that surging imports from Mexico boosted by subsidies have depressed prices, and American growers are quickly losing market shares.”

Findings from the UF study will provide tomato producers and policy makers with important insights on the challenges and the sustainability of the U.S. tomato industry, he added.

In his study, Dr. Guan measured the potential losses the U.S. industry will sustain as a result of the increasing imports from Mexico, given the steep growth over the years. As a frame of reference, the volume of imported tomatoes from Mexico increased by about 60% over the years 2009-2019.

Results of Dr. Guan’s research show that prices of domestic tomatoes are particularly sensitive to imports from Mexico in an increasingly saturated market.

The imports are especially damaging to the Florida tomato industry, which has about $400 million in sales and has the same harvest seasons as Mexico. West-central, Southwest, and southeast Florida are the state’s biggest tomato producing areas.

The trade deficit complicates matters for farmers in several commodities, not just tomatoes. Specifically, fruit and vegetables — such as tomatoes, strawberries, peppers, cucumbers, and melons — accounted for 50% of the total U.S. agricultural imports from Mexico in 2020, according to the U.S. Department of Agriculture.

“But all may not be lost, if the U.S. fruit and vegetable industry could revolutionize the production technology,” Dr. Guan said. “Mechanization or automation will be a game changer and is the future for this labor-intensive industry.” ¦